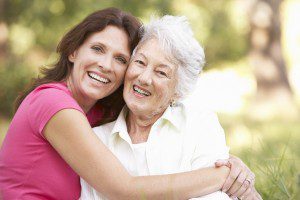 When to Take Away the Keys: Dementia & Driving

If you have a family member suffering from Dementia, one of the many issues that will arise is letting them operate a vehicle. Early on, it may not seem like such a topic to concern yourself with. Over time, however, we become desensitized to the dementia, meaning we know they have it and we deal with it and “forget” as time goes by.

Personally, I can only speak on short term memory loss. Even though my mom has short term loss, driving a car is a long term thing she has been doing for years. This is where it starts to get tricky – you have to remember you are more than likely taking away an aspect of the dementia’s patients life that is older than you are! Driving may have been their first feeling of freedom and perhaps their last bit of independence as they age.

This decision does not have to come from their doctor. You can try talking with them individually but it may end up a moot point as the person with dementia sees (or remembers) nothing wrong. No matter how well you explain it, you have to remember that tomorrow can be a whole new day in their mind!

Our first plan was to try and slip the keys out of her purse which did not go over well. We ended up giving the keys back because we could not rationalize why we did it. We then tried the doctor thing and that did not work well either. Finally, we  found something that did work; telling her the car had some problems and needed to be fixed. She agreed to have it put in the auto repair shop. It took about 2 weeks of daily reminding, then we changed the story to tell her that there was a serious engine problem that could not be fixed. She came to the conclusion that she was not going to buy a new car and agreed to sell it (we did). Most importantly, we reinforced the idea that we would still take her to wherever she wanted.

Although this is a indirect and non-confrontational way of taking away the keys, it leads my mom to believe it was her decision to give up the keys and sell the car. It still requires us to remind her every day that it was her own decision to sell the car. Our fall-back plan ended up being disabling the car by pulling the negative battery terminal. If all else fails, you may have to resort to something as simple as this to keep  your mom safe and off the road.