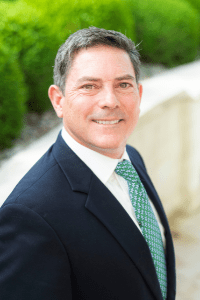 John developed an appreciation for all aspects of seniors aging when he was just a young teenager and his great grandmother, from Grayson KY, came to live with his family. Mama Yates lived to be 101 and was an integral part of John’s life.

In 2007, John left Papa John’s Corporate World and started a company called Evalusafe. He worked with Occupational Therapists to assess homes for accessibility, safety, and comfort for the elderly and handicap as well as executing the improvements in those homes. With a growing need for such services, John decided to join Premier Home Care and established and managed the new Home Accessibility and Retail Showrooms divisions.

In 2012, he took over the Caregiver Services division of Premier and in May 2015 John became the Owner and Agency Manager. John now solely focuses on helping his team provide the best caregivers in the market.

John and his wife Heather have two boys and a young daughter. In his spare time, he loves to boat, water ski and mountain bike. 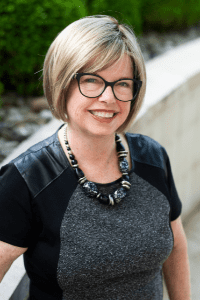 Originally from California, Loretta has lived in Kentucky for about 30 years. After living in the Elizabethtown-area, she moved to Louisville almost two years ago in order to be closer to her three grandchildren (ages 8, 12, and 19.)

Loretta graduated from West Texas State University in Canyon, TX, with a degree in business. She worked in the restaurant industry for about 35 years spending a significant part of her career working with Dairy Queen’s corporate offices. She served as the Vice President of Operations for Dairy Queen for 12 years before retiring about 6 years ago.

Loretta’s familiarity with Premier Caregiver Services actually comes from her personal life. While looking for help caring for an elderly friend who had suffered a stroke, she met with a variety of home care agencies in the Louisville-area. After meeting with Premier Caregiver Services’ President, John O’Callaghan, she decided to hire Premier to provide home care services.

More recently, Loretta also served as a caregiver to her brother for about five years.

In her free time, Loretta enjoys spending time with her family and especially watching her grandchildren participate in a variety of sports. She also loves boating, jet skiing, and traveling with her husband. 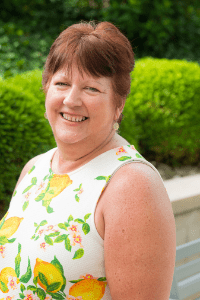 Born and raised in Oakwood, Ohio, Meghan attended Ohio University and majored in Accounting/Pre-Law.   After interning at a bank, the President told her that she had too much personality to be an accountant, so she moved to Columbus, Ohio, where she met and married her husband.  They raised four children together and at one point lived in Cleveland, Ohio where she took a job as the Assistant Activities Director in a Nursing Home.  It was there that she developed a strong affinity for working with Alzheimer’s patients and their families.  Her husband’s career kept the family moving around the country until they settled in Louisville 17 years ago.  They later divorced and she started working as the Office Manager for a prominent Louisville physician who specialized in Gerontology.

After he retired, she continued in the medical field for several years before becoming the Office Manager of a new funeral home.  Working there she discovered that she had an aptitude for marketing, so when the opportunity to work for Premier Caregiver Services presented itself, she eagerly accepted.

Working for Premier has been both a challenge and a joy.  She enjoys working for a small locally owned company, helping it to grow without losing its ability to provide personalized services to its clients.  Helping people to stay in their homes longer has become her passion.  “After all, Home is a safe haven and comfort zone, a place to live with our families and pets and enjoy our friends.  It’s a place to build memories.”

Meghan’s safe haven is in Jeffersontown, where she lives with her youngest son and daughter, 3 dogs, Brucie, Louie, and Ginger, and her cat Binx. 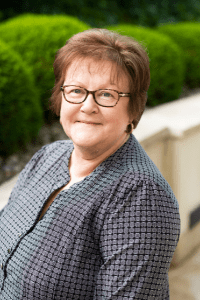 Tammy and her husband Chuck have one adult daughter and enjoy spending time with her and being an active part of her life. 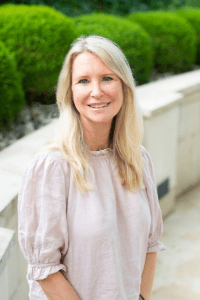 Born and raised in Grosse Pointe, MI, Suzi has lived in Louisville for more than 20 years and considers Kentucky home. Her background in sales and marketing has taken many forms, from Derby Dinner Playhouse to Louisville Stoneware and Paristown. Suzi also brings personal experience to her job with Premier Caregiver Services as both of her parents had in home care from agencies in Michigan. She loves that her job allows her to blend her business skills with her passion for helping others.

Suzi has four wonderful adult children and considers them her greatest accomplishment. She currently lives in St. Matthews with her dogs. Her tiny tribe is made up of three 5 pound dogs – one sweet old man and two rescues.

In her free time Suzi loves to spend her time outside walking, hiking, and spending time on the water. 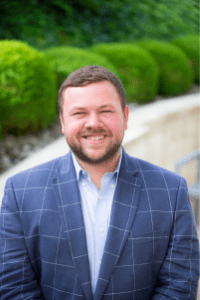 Michael Carr was born and raised in Louisville, Kentucky. He graduated from Trinity High School in 2013 and went to further his education at Sullivan University with a business degree. Michael interned and then worked part-time with Dell Technologies before joining the Premier team full time in 2019. He thinks it was one of the best decisions he has made. Michael was fortunate enough to grow up with 4 grandparents who all lived within 5 miles from his parent’s house. He was very close to each of them and would spend a lot of his time at their houses helping any way he could. This field showed Michael his passion for helping the elderly, as well as the injured or sick, goes way beyond just helping his own family. Michael has a strong urge to give back to the Louisville community. He feels he is doing so by helping our elderly and sick stay as healthy and comfortable as possible in their own home. 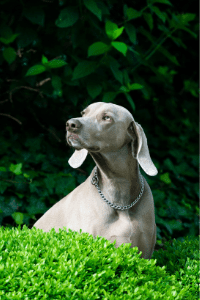 Ella is the Chief Morale Officer at Premier Caregiver Services and the entire team loves when she stops by to visit the office.

When she is in the office, Ella enjoys getting all of the attention, napping on the clock, and keeping in close proximity of the staff members who keep treats in their desks. When she isn’t hanging out with the staff at the office, Ella loves to run with her dad, Premier Caregiver Services’ owner – John O’Callaghan. 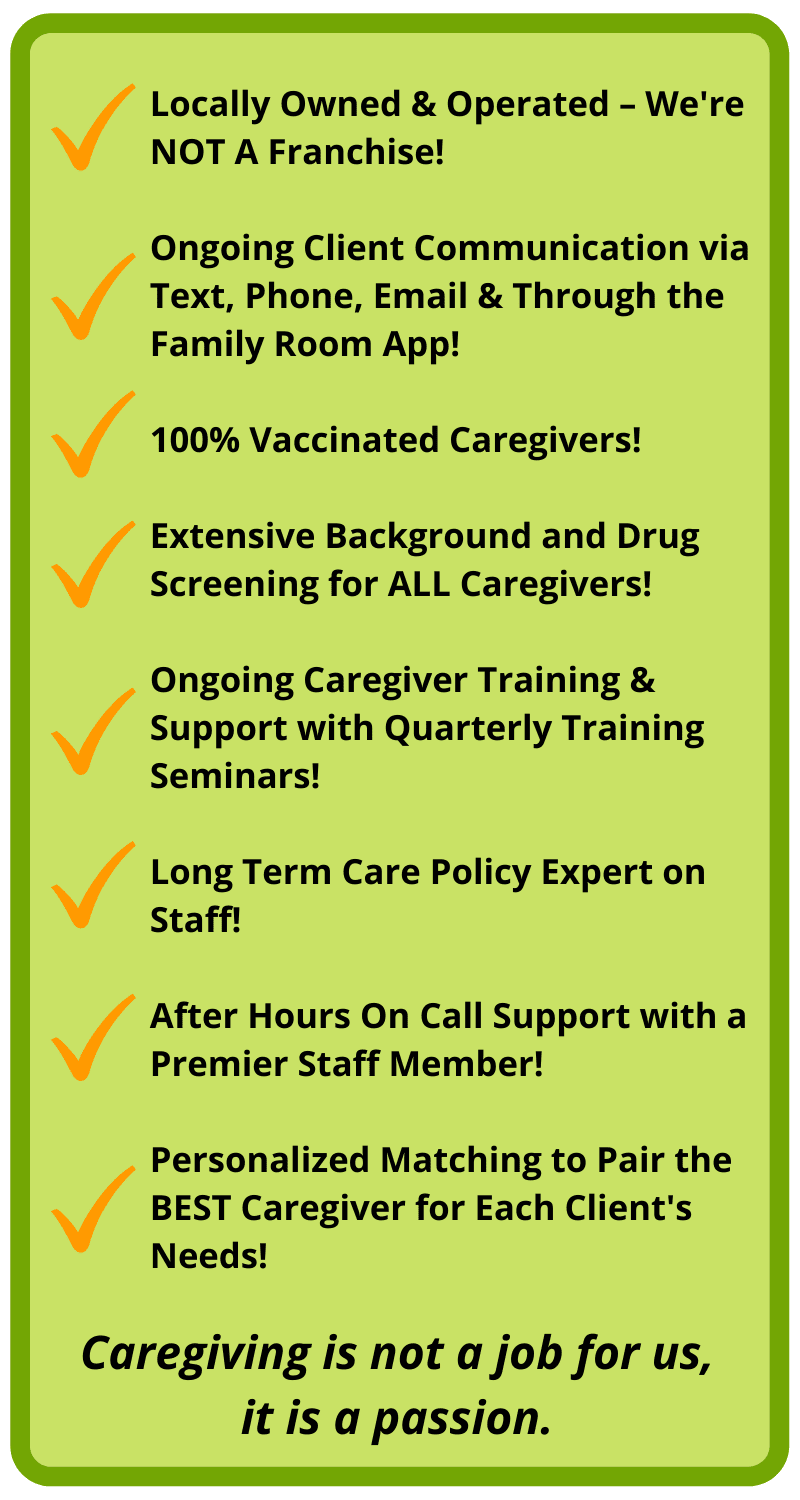